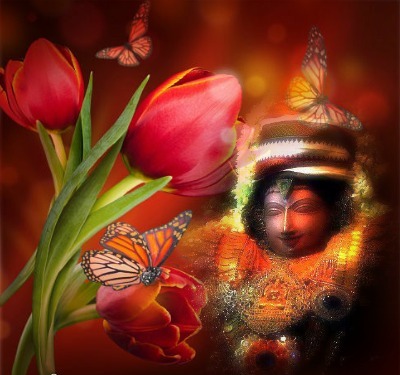 Lord Indra speaks “ Oh! Preceptor, kindly narrates the superior and most powerful among the armors for protection of life, good health and righteousness.”

Lord Brihaspathi replied “The sacred hymns of armor of Goddess Sri Mahalakshmi are the most superior and remained highly confidential in fourteen worlds that were narrated by Lord Bhrama.”

The above glorious verses of armor of Goddess Sri Mahalakshmi was constructed by Lord Bhrama for the welfare of the Universe, whoever listens or reads the above verses would remain happy, victorious and blissful in three worlds.  Whoever recites or listens thrice to the above sacred verses of Goddess Sri Mahalakshmi who is the darling of Lord Hari/Haripriya would attain all supernatural powers/Siddhis, and blessed with all the richness, righteousness and all his/her desires fulfilled.