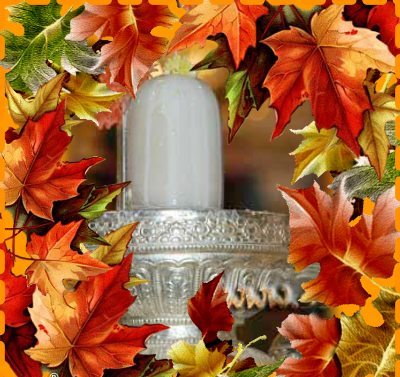 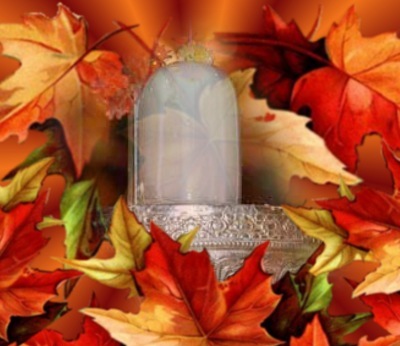 I shall prostrate before supreme Lord Vishwanatha who is presiding deity in the sacred shrine of Varanasi, he is Universal monarch, he is the commander of thousands and millions of Bhramanda, he has attractive reddish – brown matted hair locks adorned in streams of Ganga, she is inseparable from beloved consort Goddess Gauri who is seated on his left, he is beloved of Lord Narayana, he represents mind, intellect, sky, ether, air etc.. he crushed the pride of Kamadeva, he is presiding deity on the sacred land Varanasi, he is beyond human intellect and description, he has endless attributes, his lotus feet are worshiped by Vageesha, Vishnu, and all the deities, he is most desirable, he is contemplated upon by illustrious Rishis and Sages, he is Lord of living beings, he is adorned in serpent as ornaments all over the body, he is attired in skin of leopard, he is supreme ascetic, he has matted hair locks, he has Surya, Chandhra and Agni as three eyes, he is Lord of living beings, he holds baby antelope, he is adorned in crescent moon on matted hair locks, he is adorned in magnificent crown, he is adorned in serpent as ear ornament, he has glorious five faces known as Eshanam, Thathpurusham, Vamadevam, Aghoram,  and Sadhyojatham, he is void of death, depression, and illnesses related to aging, he has supreme radiance, he has no duality, he is supreme bliss, he is unconquerable, he is infallible, he is unblemished, he resides as soul in living beings, he is void of impurities like ego, lust, desire, passion, jealous, anger etc.. he symbolizes sense of abandonment and peace, he is beloved consort of Goddess Girija who is the daughter of Mount Himavan, he is Paresha who is beyond human intellect, he is smeared in sacred ashes all over the body, he has mesmerizing features, he is attired in clothe as direction, he has neither beginning nor end, he is the cause for creation, preservation and destruction, he produces boisterous voices, he is the source of wisdom, knowledge, wealth, prosperity, opulence, fame, and liberation from repeated births, he is beloved consort of daughter of Shailaraja/Mount Himavan, he is worshiped by all the deities, he is Gangadhara who is adorned in sacred river Ganga on matted hair locks, he is adorned in crescent moon on matted hair locks, he is the protector of three worlds, he is Lord of sacred land Kashi, he removes miseries, perils, grief and sorrows of worshiper, he is Lord of Universe and its living beings, he is too compassionate and promising to protect worshiper who are surrendered at his lotus feet, he is Lord of Rama, he is extremely valorous, he is Lord of Goddess Gauri, he showers abundance of boons on worshiper, he symbolizes simplicity,  he is mighty Lord who has great splendor and prowess, he symbolizes auspiciousness, he has bluish throat, he is adorned in garland of skull, he is worshiped by Lord of Goddess Srimahalakshmi, he eradicates sufferings of poverty, he is Lord of Universe, he eradicates sufferings of worldly existence,  pain, anguish, distress, affliction, and sorrow of the worshiper, he is the safest heaven to worshiper who are surrendered at his lotus feet, he is ferverntly worshiped by Goddess Chandi, Pinchindila/Ganesha, Kumara, and Nandhikeshvara, he is Lord of Yoga, he is Lord of illustrious Yogis as well, he is the protector of sacred land Kashi, he is merciful, he is Lord of Goddess Kathyayani and Pramadhaganas as well, he is worshiped by Lord Bhrama and deities, he represents planet Saturn, he is eulogized by Vedantha, he represents all the deities, he is the slayer of demons of Thripura, he has most attractive limbs, he is adorned in King of serpent as ornament, he eradicates extreme fears and anxieties of  passionate worshiper, he is serene, he is eulogized by all the Agamashasthras, he is supreme preceptor Lord Dhakshinamoorthi, he is eulogized by illustrious Rishis and sages, he resides in the supreme abode Mount Kailash, his lotus feet are venerated by illustrious Rishis and Sages, he has attractive reddish-brown matted hair locks soaked in the sacred waters of Ganga, he is beloved consort of Goddess Parvathi, he is beloved of ardent devotees, he is decked in Damaru, skull and  trident, he eradicates all the sins of the worshiper, he is Lord of Mountains, he eradicates darkness of ignorance, he imparts supreme knowledge to passionate worshiper, he has no birth, he is storehouse of virtues, he is ocean of mercy, he is most venerable, he fulfills all the desires of the worshiper, his attractive body is smeared in sacred ashes from funeral pile, he merrily resides in the funeral grounds, he is decked in bodiless corpse as garland, he destroyed the grand Yagna of Dhakshaprajapathi, he is Mahabhairava who is fierce, he has colossal form and sharp protruding teeth, he is void of desires, he is enemy of demon Gajasura, he resides on the highest peak of mountains, he is worshiped by Bhujangesha/Lord of serpent/Lord Vishnu, he is mighty Lord Mahesha, he is the enemy of demons of Thripura, he has pleasing disposition, he is Lord of Goddess Bhavani, he is Lord of Jagannatha as well, he is Lord of Ganas, he is perceivable through intense devotion and meditation, he causes obstacles and remove the same, he is kind, his matted hair locks represents sky, he removes extreme fears and anxieties, he is Mrida who is beloved consort of Mridani, he is seated with Yogamudra posture, he undertakes intense meditation, he is adorned in serpent as sacred thread across the chest, he is adorned in Thripundram/three lines  drawn with the sacred ashes on the  forehead, he is supreme Lord Shankara who symbolizes auspiciousness,  I shall repeatedly prostrate before the lotus feet of  supreme Lord Vishwanatha along with Goddess Annapoornni, Hail to supreme Lord Vishwanatha along with Goddess Annapoornni! 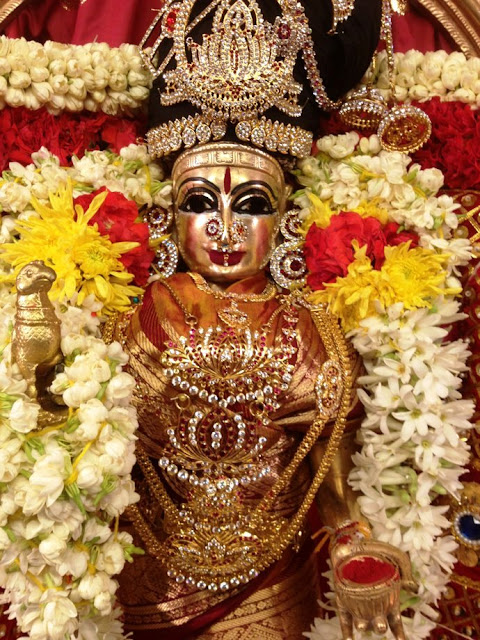 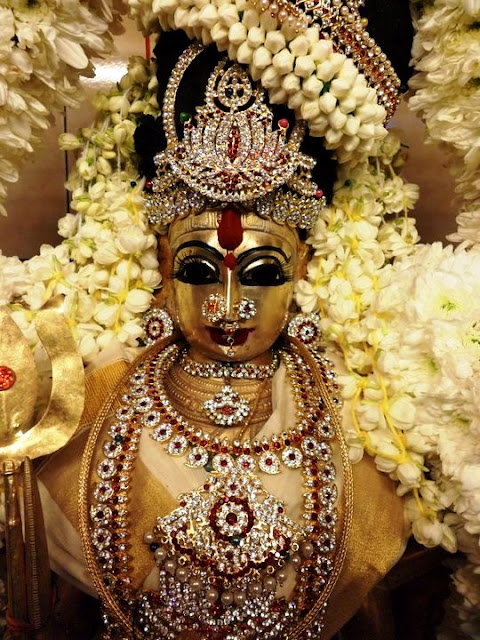 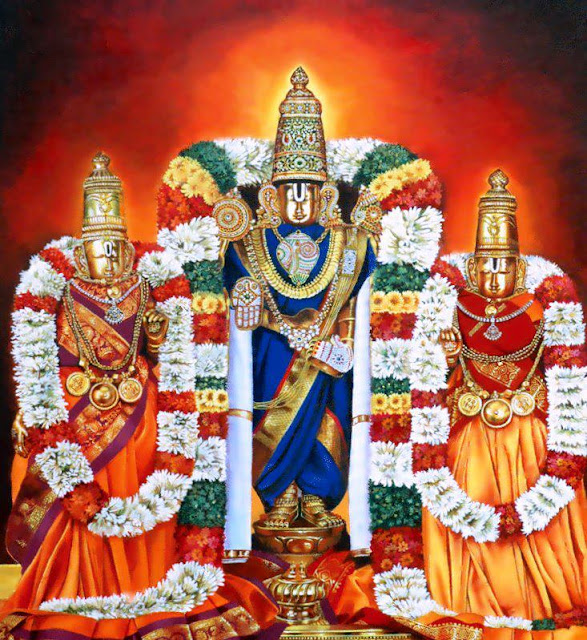 I shall prostrate before supreme Lord Guha who is Universal Monarch, he is the commander of thousands and millions of Bhramanda, he symbolizes Omkara who resides in the city of Omkara, he resides in the woods of Vedashasthra, he is eternal,  he is Universal spirit, he symbolizes auspiciousness, he is Guha who is serene,  he is beloved son of Goddess Uma, he is beyond human intellect and description, he is Skandha who symbolizes five essential elements, he merrily explores through  the intellect of virtuous and pious people, he is Universal preceptor, he is mighty Lord who symbolizes supreme bliss, he eradicates darkness in the worldly existence, he is Subramanya who is imperishable, he is primeval deity, he is Swaminatha who is extremely compassionate, he guides us to cross the ocean of worldly existence, he is Prabhu who is unblemished, he is beyond virtues, he has no specific forms, he does not require any support system, he is void of impurities, he is infallible, he is void of dualism, he is independent to act, he resides in the highest peak of Mount Kailash, he resembles Surya to the lotus like face of Goddess Parvathi who is the daughter of Mount Himavan, he resembles Kalpatharu/wish fulfilling creeper that fulfills all the desires of the worshiper, he is wielded in Vajram, Shoolam and two hands are Varadha and Abhayahastha postures, he is seated on the left of Vajradhari/Lord Shiva, he resembles Ravi to the lotus like heart of Kalakala, he is the piousness of Neelakanda, he lures the heart of beloved consort  Goddess Valli, he is most desirable to the heart of Devasena, he was taken care by six foster mothers known as Kriththika, he is son of sacred river Ganga, he is Subramanya who has most charming six faces, his body is smeared in highly fragrant sanalwood paste, he has broad chest, he has peacock as celestial vehicle, he is son of Lord Rudra, he is Lord of deities, he is absolute Bhramam, he was born in reeds, he has supreme effulgence, he is worshiped by all the deities, he has the loveliness of Kandharpa, he is youthful always, he has most charming limbs, he has twelve hands and twelve eyes, he symbolizes Veda, he is wielded in powerful spear and Asi, he has most charming appearance, he is the destroyer of enemies of Sura, he is supreme Lord, he is wielded in powerful weapon Shakthi, he represents Kamadhenu/divine cow which fulfills all the desires of the worshiper, he is beloved son of Esha, he was carried by the powerful current of Ganga, he is most promising to all, he is the source of Bhoga as well as Moksha, he is too kind, he is sincere companion of distressed people, he is the delight of lotus like faces of Goddess Parvathi and Lord Shiva, he symbolizes wealth, auspiciousness, good fortune, happiness, and welfare, his lotus feet are worshiped by Ganas, he is Lord of Goddess Valli, he is Lord of Lords, he is worshiped by Lord Indhra, he is eulogized by Devarishi Narada and illustrious Rishis and Sages, he eradicates all kinds of illnesses, he is the source of good fortune, he is too compassionate to ardent worshiper, he is the essence of Pranava, he crushed the pride of Mount Krauncha, he has divine arms wielded in various weapons, he is mounted on celestial vehicle peacock, he is adorned in magnificent crown decorated with gems, armlets/ Keyura, earrings, and protective shield, he is extremely valorous, he is the slayer of demon Tharakasura, he is worshiped by Amaras/immortals, he is ocean of mercy, he removes impurities like ego, lust, pride, jealous, greed, illnesses caused on the intellect, he is son of Lord Shiva who has eye on  forehead, he has golden complexion, he is beloved son of Kriththika, he is the slayer of demon Tharakasura, he takes immense pleasure in the consumption of spirituous intoxicated drink, he is highly enthusiastic, he is the commander of great army of warriors, he is the commander of army of deities, he is skillful warrior, he was born out of Agni, he was born under the constellation  Vishakha, he is the son of Lord Shankara, he narrated the essence of Pranava to  Lord Shiva, he is Lord of Ganas, he is primeval deity, he has endless prowess, he is beloved son of Goddess Parvathi, he is eulogized by Kamalasana/Lord Bhrama, he symbolizes Prajapathi who is the source of virtuous offspring, he was born out of Agni, he has golden virility, he has the complexion of molten yellow metal, he symbolizes Vasu, he is adorned in crescent moon, he is a great illusionist, he is the source of sense of renunciation, and abandonment, he symbolizes Vishvayoni, he is free from illnesses, he has supreme radiance, he is magnanimous, he is supreme Lord who symbolizes Veda and Vedanga, he has magnificent form as Viratswaroopa which is beyond description, he is the source of supreme knowledge and wisdom, he is the protector of people who are surrendered at his lotus feet, he removes the fear of thief, extreme fears and anxieties, and all kinds of illnesses, he was born to accomplish specific task, he has golden complexion, he is wise and clever, he is beloved of twice-born, he symbolizes vital air, he is Universal preceptor, he resides in caves, he is beloved son of Goddess Bhavani, he is the purifier of soul, I shall repeatedly prostrate before the lotus feet  of supreme Lord Guha along with Goddesses Valli and Devasena, Hail to supreme Lord Guha along with Goddesses Valli and Devasena. 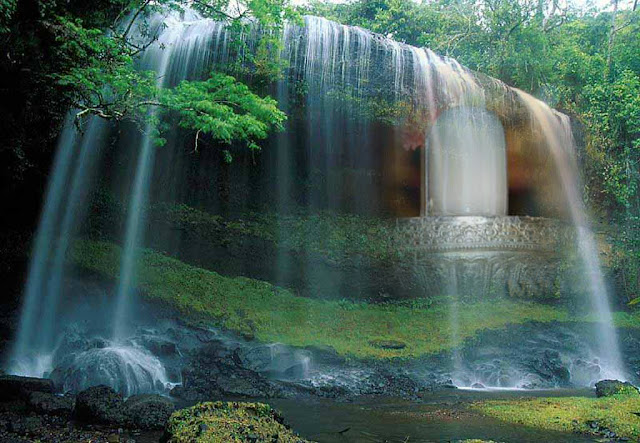