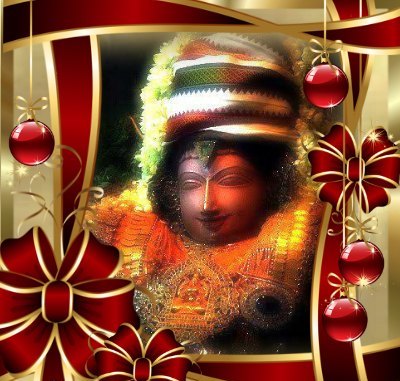 I shall prostrate before supreme Lord Rama who is born to Emperor Dhasaratha,  in the illustrious clan of Raghu, he is the consort of Goddess Sita, he has powerful arms, his eyes has the resemblance to lotus flower petals, he is Rama who is the annihilator of demons.

I shall meditate upon Lord Rama along with his consort Vaidhehi, seated on majestic throne decorated with the fresh alluring flowers, positioned under the marvelous tree  in the middle of  hall made of precious yellow metal, he has the complexion of dark clouds, he is surrounded by Rishis ,Sages , Lakshmana, Bharatha and Shathrugna.

Posted by Vishwanathan Uma at 12:55 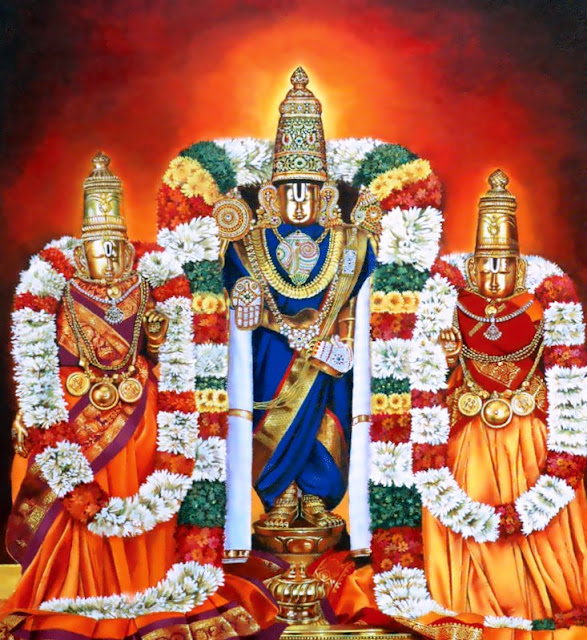 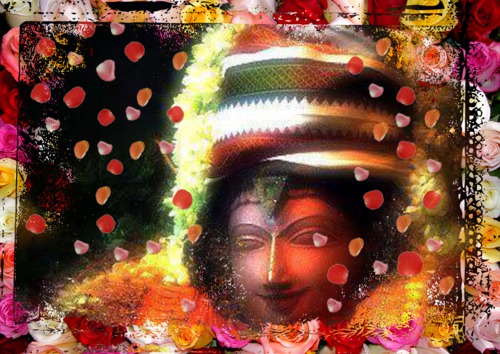 Whoever reads or listens to the sacred verses of Suryamandala Sthothram would be relieved from all sins and ultimately reside in the celestial abode of Surya/Suryamandalam.

I shall prostrate before supreme Lord Krishna who is beloved of young maidens of cow herds, he represents prosperity, likes and dislikes, melodious sounds, chirping of birds,  and Rasakreeda, he symbolizes supreme knowledge and intelligence, he is prime deity who personified as flawless man in the sacred land of Vraja, he symbolizes Sathvik nature, he is mysterious dwells in the minds of worshiper, he is beyond perception of senses, he is beyond words and intellect, he has incarnated to liberate souls from repeated births, he has assumed the form of illustrious human in the clan of Yadhava who is free from death, he dwells in the woods, he is worshiped by Indhra and deities, he is supreme soul who is eulogized by Shruthi, he has various past times, he is divine personified in order to perform the deeds of deities, he is Upendhra/younger brother to Indhra, he dwells in the hearts of worshiper, he is personified as Vamana/dwarf who is worshiped by Dhanavas, he crushed the pride of Emperor Bali, he appeared before Bali in the form of dwarf, he appeared before the Yagna arena of Bali, he appeared as Vipra/Bhramin and requested for three strides of land as alms, he is Thrivikrama who has measured the three worlds with his three strides, he has assumed the form of Vaduvamana/little Bhramin and crushed the pride of Bali , he symbolizes Bhramam, he represents trinities, he is the Lord of the Universe, he symbolizes auspiciousness, he is pure, he has provided various boons to Markandeya, he is free from illusion, he is greatest illusionist, he represents delusion, he is the Lord of illusion and he has possessed Thrigunas, he represents Thrimoorthi and Thrigunas, he is devoid of illusion, he is eternal bliss, he symbolizes auspiciousness and happiness, he has subtle as well as colossal forms, he is visible as well as invisible, he represents subtle philosophies, he is Srikrishna who is lustrous, he is the Lord of Goddess Sri Mahalakshmi, he is soaked in the  love of Radharani, he is adorned in Srivathsam, he dwells in the abode of Sri Vaikundham, he mystifies the young maidens of Vraja with his pastimes, I shall prostrate before Lord Krishna who  has dark blue complexion and delicate, he is the Lord of Yadhus and illustrious among the Yadhu clan, he is Venugopala who has mesmerizing features, he is pure and attractive as well.  I shall always prostrate before supreme Lord Krishna who dwells in the hearts of worshiper, I shall prostrate before supreme Lord Krishna who is the essence of love dwells in the hearts of fervent souls, he is dearest darling of  Radharani.

Posted by Vishwanathan Uma at 08:31

I shall prostrate before supreme Lord Krishna who has the luster of moon, he has the complexion of dark clouds and he is  lustrous, he has shimmering blue color, he is mesmerizing with lustrous blue complexion, his attractive limbs has shimmering blue complexion, he represents Kamari/who has won over passion, he represents passionate impulse, he fulfils all the desires of the worshiper the moment they remembers supreme Lord Krishna, he is the slayer of Kamsa and fortune of Kamsa as well, he is Kalakala/death to Lord Yama, he is the commander of the sacred city Dwaraka, he is the Lord of wealth who has Goddess Sri Mahalakshmi as his consort, he is along with his consort Goddess Sri Rukmini and provider of wealth, he is the Lord of Universe, he is closest associate of Parththa/Arjuna, he is the consort of Goddess Sathyabhama, he has the whole Universe and its living beings as his family, he is the ocean of passion and love, he has 116 female companions, he dwells in the hearts of females of illustrious clan, he reclines in the milky ocean, he is Krishna who is Payonidhi/source of downpour, he is soaked in the intense love of Radharani, he zealously look for passion, he is the essence of Pranava, he symbolizes Nadha/sounds, Bindhu/point and Kala/arts as well, he is the essence of Omkara, Swara/musical note, and Klimkaram/Beejakshara, he is worshiped with Swara/musical notes and Raga/passion, speech, sounds and chirping, he symbolizes Bhava/emotion, he eradicates rushing impulse, he is supreme Lord who liberates the souls from repeated births, he  guides us to cross the ocean of Samsara, he is deserved to be eulogized.

Posted by Vishwanathan Uma at 08:29