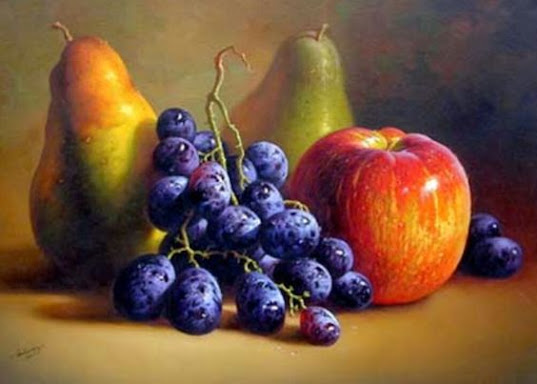 The Athman is Chithananda Swaroopa, it is Adhvatheya/has no duality, and the Athman is supreme Bhramam resides as the soul is pure and free from impurities.  The Jeeva soaked in the powerful Maya of that Bhramam due to utter ignorance, considers all that seen and heard as real, forgetting the real nature of the Bhramam, eventually, it completely forgets the Sathya/truth, Gnana/wisdom, Anandha/bliss Roopa of that supreme Bhramam. Thus, the Jeeva due to the over influence of Avidya/ignorance fails to achieve the Purusharththa/Dharma, Artha, Kama and Moksha, and engages in all those immoral deeds, hurl themselves in to extreme misery and sorrows of worldly existence engage in the Karma which could promote the welfare and fulfills the momentary desires, and engages in the Anishtanivarana/removal of dislikes and Ishtasadhana/achievement of likes. The Jeeva continues to perform Laukika and Vaidhika Karma and various Sadhanas to achieve that Purusharththa miserably fails in their attempts. They constantly gets beaten up by the Raga and Dhvesha/lust, desire, hatred, jealous, anger, etc. like crocodiles and whales like dangerous aquatic animals that batter the ferry which causes to sink in the middle of the ocean without reaching its destination of Purusharththa. The Jeeva hurls into numerous yonis of Deva, Asura, animals, and Manushya, and constantly faces Janma, Jara, and Marana.  After several births, luckily achieves the birth of human with the piousness achieved in the previous births, performs all those deeds prescribed in the Veda, and sincerely follows religious and spiritual rites, and surrender all those deeds to the supreme Lord, eventually gets freed from the Raga and Dhvesha. This Jeeva with the knowledge of destructible Prakrithi and indestructible Purusha gets freed from the Aihika/temporary pleasures, and Parathrika/life after the death of Sukhabhoga. The Jeeva continuously strive to achieve that Bhramabhava/supreme bliss, free from afflictions and impurities engage in the Shamam, Dhamam, and Sadhana. In this process, the Jeeva take shelter at the feet of the preceptor, constantly listening to the knowledge of Vedantha Thaththva gained from the Guru, the highest of the spiritual knowledge ‘Aham Bhramasmi’ with this knowledge of Bhrama Thaththva Gnana, the Jeeva gets relieved from the ignorance and Samsara assumes that supreme Bhramam.

Posted by Vishwanathan Uma at 09:04